Welcome to TimeVault, the podcast of cult British classics, where we review, chat and waffle on about Doctor Who, Hammer Horror, Blakes 7, Sapphire & Steel and many other favourites from TV and film.

To listen to and/or download our podcasts, please visit the links at on the page, subscribe via iTunes or through the podcatcher of your choice.

21.12.2020 / As I’m sure you’re all aware, the new strain of Covid has been making its presence felt across the UK in a new tier structure – and at the moment, it’s unclear when Mike and I will be allowed to meet up and record new episodes. We are planning to meet up and record in late January, unless the rules change and we’re not allowed. Thanks for sticking with us and we hope to be bringing you our own brand of nonsense again very soon. 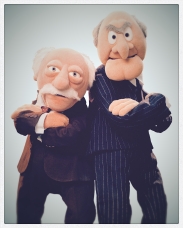 Paul was born the day before The Green Death, Part 2 was broadcast and between Series 3 and 4 of The Goodies (go and look it up, you know you want to). His love of British TV, film and radio hovers precariously between acceptable nostalgia and obsessively living in the past – but if you’re listening to this podcast you knew that already.

Mike was born during the Phillip Hinchcliffe era of Doctor Who, which explains the tendrils, the slime, the claw and the sinister voice. He can’t remember the first episode of The Avengers he saw but he’s pretty sure it had Steed in it. His favourite Doctor Who story is Horror of Fang Rock and his interest in Hammer films is based solely on their cultural and historical significance in the history of British cinema, and has nothing to do with the many sexy ladies appearing in them. Whom he hadn’t really noticed. Honestly, he says he had no idea.

A Little Bit of History…

TimeVault is a continuation of the long lost Cadmium2 podcast, started in 2007 by myself, Mike and one of our friends. The original idea was to watch and review every episode of Doctor Who, in order, from the beginning. Releasing two shows a month, we’d do one Doctor Who story and the other would cover something else from Britain’s massive back catalogue of cult TV, radio and film.

Three and a half years later, for various reasons, the podcast came to an end after 82 shows. However, in that time we covered not only the first 191 episodes of Doctor Who (41 stories, 1963-1968) but also Timeslip, The Stone Tape, The Tomorrow People, The Box of Delights, Nebulous, Red Dwarf, Withnail & I, Children of the Stones, Ghostwatch, Blake’s 7, Captain Scarlet, The Hitch-Hikers Guide to the Galaxy, Hot Fuzz, The Avengers, The Slide, The Mighty Boosh, She-Wolf of London, Ultraviolet, Dead Set, Village of the Damned, Children of the Damned, Monty Python’s Life of Brian, Dr Jekyll & Sister Hyde, Dark Season and Robin of Sherwood!

We were proud and astonished that something originally intended as a hobby for us ended up with listeners all over the world, who were not only interested in what we had to say but also tracked down the things we covered to experience them for themselves. What more could you want? Well, as it turned out, our listeners wanted us to carry on. So, after about six months, Mike and I returned in February 2011 with TimeVault and we’ve now been going longer than the podcast we spun off from and celebrate our tenth anniversary in 2021!

As the original Cadmium2 podcasts have been unavailable for a decade, we’ve been re-visiting the first four series of Doctor Who whilst continuing the chronological viewing, so that we have a complete set for this podcast.

We also have a thriving Facebook group for anyone who wants a chat with us and like-minded people.

Thanks very much for downloading our podcast. We hope you enjoy listening to it as much as we do recording it.